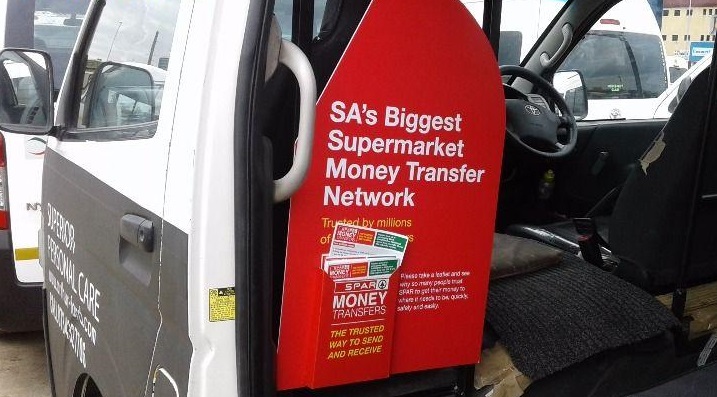 To promote its Instant Money transfer service offering to a wide-ranging target audience, SPAR has implemented an out of home campaign with Transit Ads™.

Says John Goncalves of Transit Ads™, “SPAR has partnered with Transit Ads™ on a variety of marketing projects in the past, and now they’ve partnered with us to ensure that millions of consumers know about their Instant Money offering and – through effective messaging and execution – will be enticed to use it.”

To create awareness, promote the service and prompt action, the SPAR Money Transfer messaging is visible on Powa Towas located in taxi ranks and strip malls across the country. Measuring 12 metres in height, Powa Towas are a dominant structure within a commuter environment and each Powa Towa has been strategically located to maximise visibility and impact.

The campaign is amplified through TRANSIT.TV™, South Africa’s largest place-based digital television network. A SPAR Money Transfer commercial is flighting on screens in taxis, in train stations, at bus and taxi ranks, to an audience of 16,5 million commuters. TRANSIT.TV™ is viewed in a captive environment with high dwell times, and as such it generates unrivalled reach, frequency and assimilation (when compared with traditional television).

The Transit Ads™ portfolio offers a wide range of strategically placed, highly impactful advertising platforms across South Africa. Each platform is specifically geo-located to ensure that brand messaging reaches the right audience in the right place and at the right time.

“Transit Ads™ offers larger-than-life story-telling capacity. With the SPAR campaign, Powa Towas and TRANSIT.TV™ offer a powerful combination. Each platform is contextually relevant and works to enhance the other platform to dramatically extend reach and frequency. The result is a campaign that effectively, strategically and geographically engages with a large consumer base when this consumer is open and attentive to advertising messaging. Both platforms are highly visible, effective and targeted,” concludes Goncalves.

Transit Ads™ is a wholly-owned division of Provantage Media Group and South Africa’s largest transit media brand. Transit Ads™ consolidates a variety of transit media offerings into one exceptional and comprehensive portfolio. It is staffed by a team of specialists with access to a wide range of media opportunities and sophisticated research, enabling them to develop integrated transit media campaigns that deliver on bottom line.

For more information on ow Transit Ads™ can contextualise your brand, contact John Goncalves on 0861 776 826 or john@provantage.co.za or go to www.provantage.co.za/transit-ads or DM @TransitAds_ 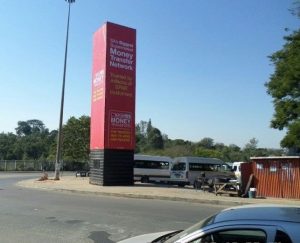