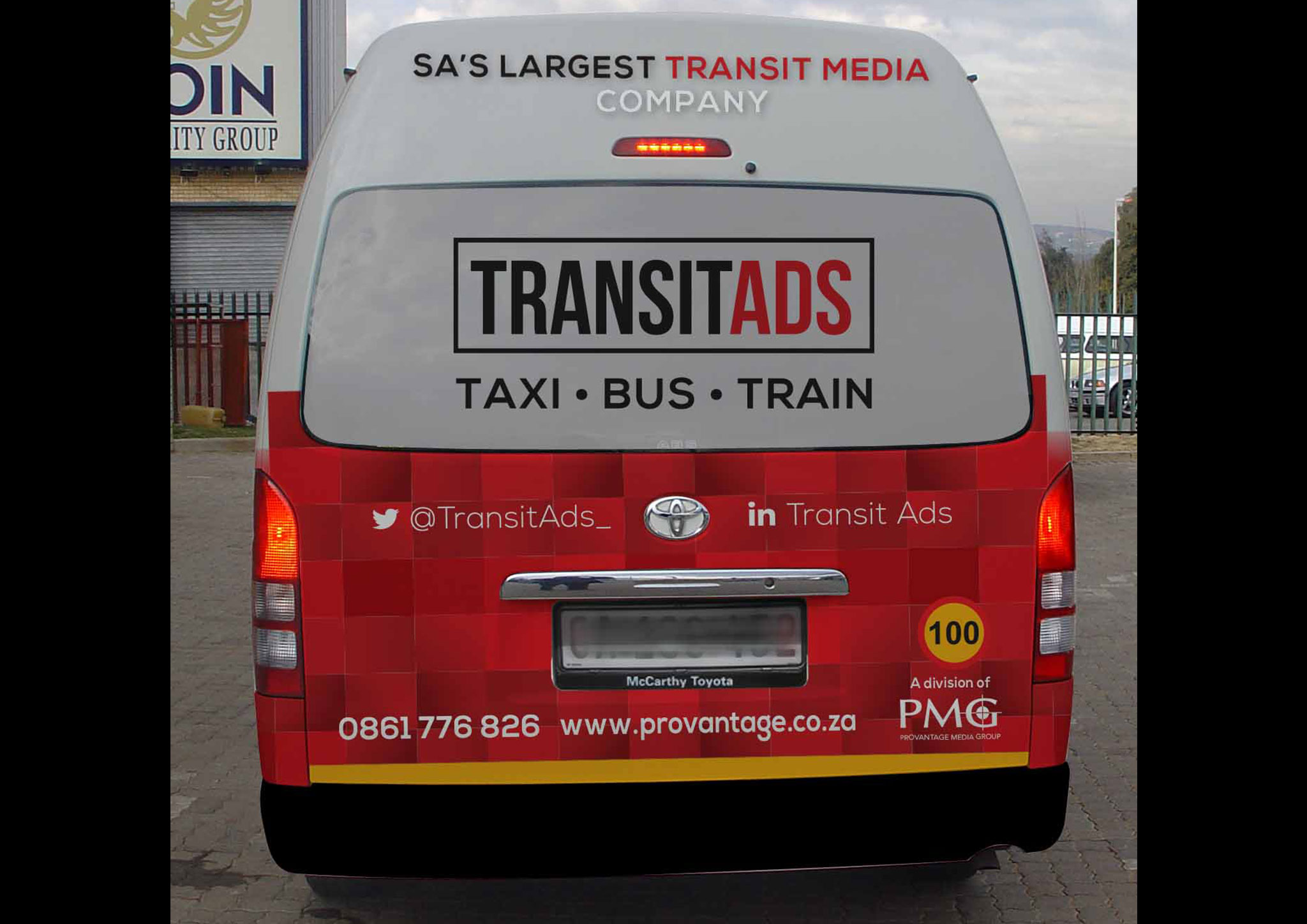 On the 18th of August 2017, the Department of Transport gazetted the new taxi branding and advertising regulations. The new regulations affect how brands and media owners advertise on minibus taxis.

Unfortunately, the broader advertising and media industry was not consulted during the lead up to the proclamation of the new regulations. The decision to implement these changes followed a process of exclusive interaction between government, taxi bosses and taxi associations.

It came as a surprise to the entire industry when on the 18th August this year the new regulations were gazetted. At the same time, the Distinguishing Marks for Mini-Bus and Midi-Bus Regulations published in 2007 were repealed.

The new regulation, The Regulations on Colour Coding and Branding on Minibuses and Midibuses used for Minibus Taxi -type Services, 2017 came into effect on the 18th August 2017, with all affected parties given a period of six-months from date of publication to comply.

Unfortunate as it may be that the consultative process was flawed, we believe that there are some positives in the current proclamation of the regulations. It further highlights Government’s intent to regulate the taxi industry; while at the same time it protects brands through regulating the advertising methodologies employed within this space.

Transit Ads™ made immediate representations to the Department of Transport on the regulations. We did this with a view to negotiating the ideal methods to be employed to ensure maximum exposure for brands on the vehicles whilst remaining within the constraints of the new laws.

The regulations affect how brands advertise on the exterior of taxis, so it is of utmost importance for brands, marketers and media owners to understand what these new regulations entail.  The consultation held between Transit Ads™ and the Department of Transport, post this gazette, has ensured that Transit Ads™ is ideally positioned to seamlessly implement the new branding regulations on behalf of its clients. Through our consultations and interpretations of the new bylaws, we have agreed on the new format of how a taxi can be branded and received the necessary acknowledgement from the Department of Transport.

The new Act reads as follows:

Advertising is permitted on any minibus or midibus used for minibus taxi –type services, subject to sub regulations (2) and (3).

No advertising, logo, sticker, distinguishing mark, identification or livery may be painted or displayed on a vehicle other than those authorised by these Regulations or permitted in terms of any other law,

An operator who contravenes or fails to comply with these Regulations is guilty of an offence and liable on conviction to a fine or to imprisonment for a period not exceeding three months.

Only minibus and midibus taxis will be affected

Basically, what has changed is the regulation of which particular surface areas on the exterior of the taxi can be branded. The below images demonstrate the new advertising formats: 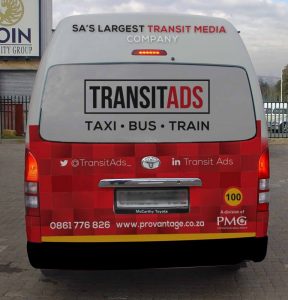 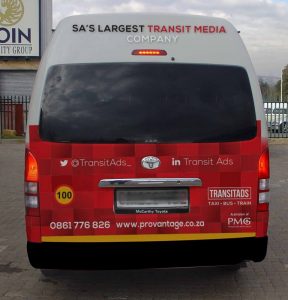 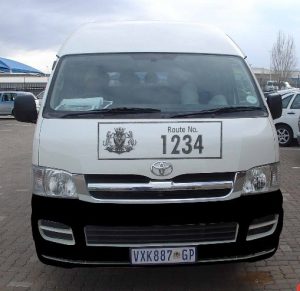 Why the Regulations can be a good thing

It can be argued that the new Regulations ensure that all exterior branding is uniform and consistent. It also protects the integrity of the South African taxi associations, in terms of them adhering to regulations passed by Government.

For more detailed information on how the new regulation affects your brand communications, contact Shamy Naidu on 0861 776 826 or shamy@provantage.co.za or DM @TransitAds