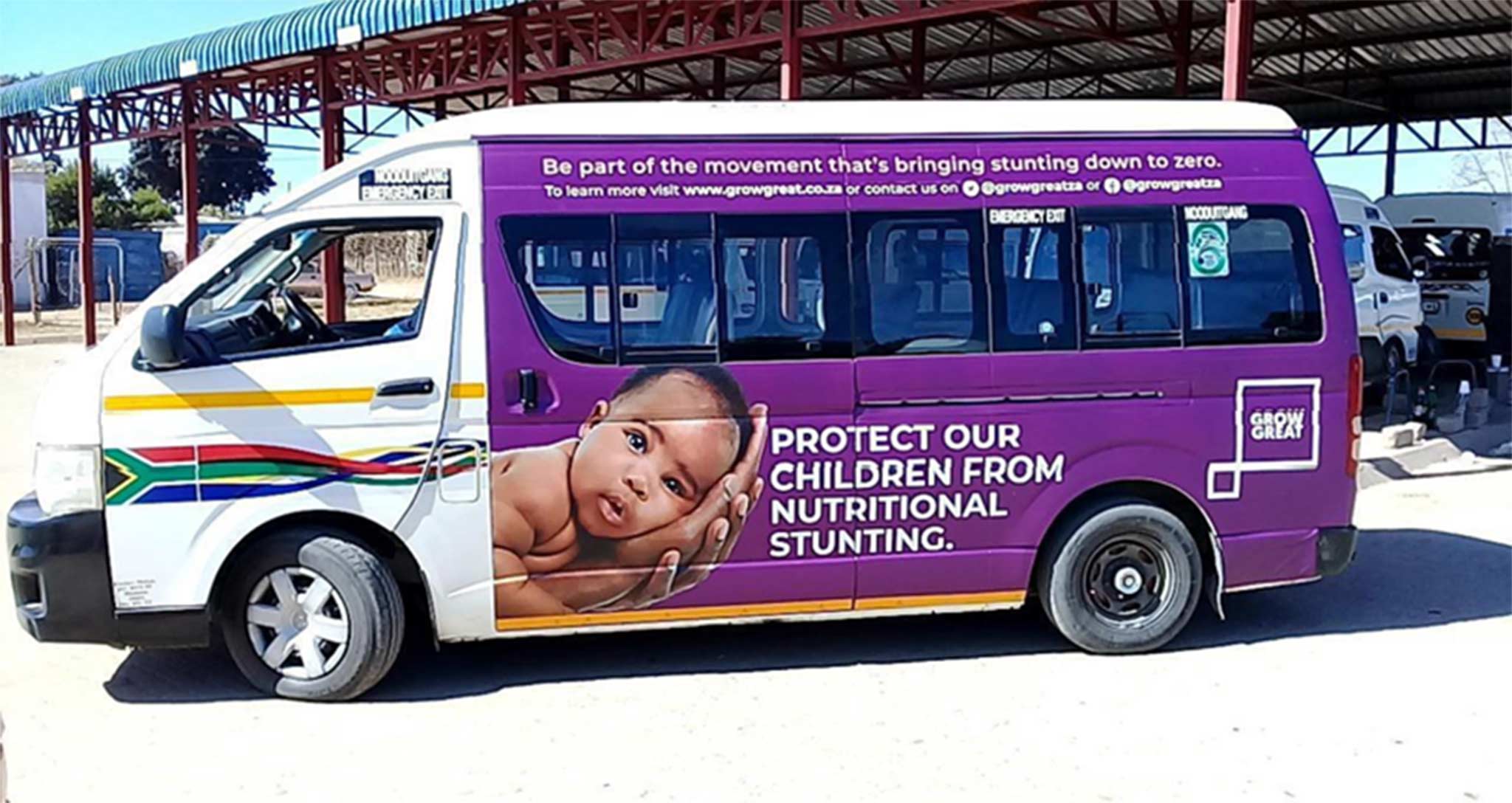 The Champions for Children (C4C) programme turned to taxis as part of a multi-media campaign to highlight ways to stop stunted growth in babies and young children.

Grow Great leveraged the mobile OOH platform to increase awareness of this pressing preventable childhood development issue. With one in four of South Africa’s children under the age of five stunted, the aim of the campaign was to draw attention to how to help children reach their full potential.

To gain further traction, Champions for Children ran a Facebook competition urging South Africans to take selfies next to Grow Great-branded taxis and share them on its Facebook page, which is an information-sharing site for community health workers. People who engaged with the taxis stood a chance to win R250 in cash.

“The taxi campaign helped us with our goal of mobilising South Africa towards zero stunting by 2030 through the use of taxi wraps to highlight the importance of exclusive breastfeeding for the first six months of children’s lives and the value of eggs as an important protein source for babies aged six months and older, creating awareness of stunting,” says Duduzile Mkhize, communications specialist for Grow Great.

The taxi-branding exercise, a crucial part of its six-week mass-media campaign, saw Grow Great initially wrapping 24 taxis – this was later followed by an additional 18 taxis, and a further 16 after that. The integrated Grow Great campaign also included other Out-of-Home platforms including billboards in order to increase reach and recall.

“Using taxis was an ideal choice in terms of creating widespread impact in densely populated areas,” says Transit Ads™ National Sales Manager Hugh Wilson. “The campaign proved effective, prompting Grow Great to extend its scope. It has been proven that this cost-effective on-the-go marketing solution is one of the best for reach and frequency. As the most impactful outdoor medium, brands should always consider taxi advertising as part of a broader multi-media strategy.”