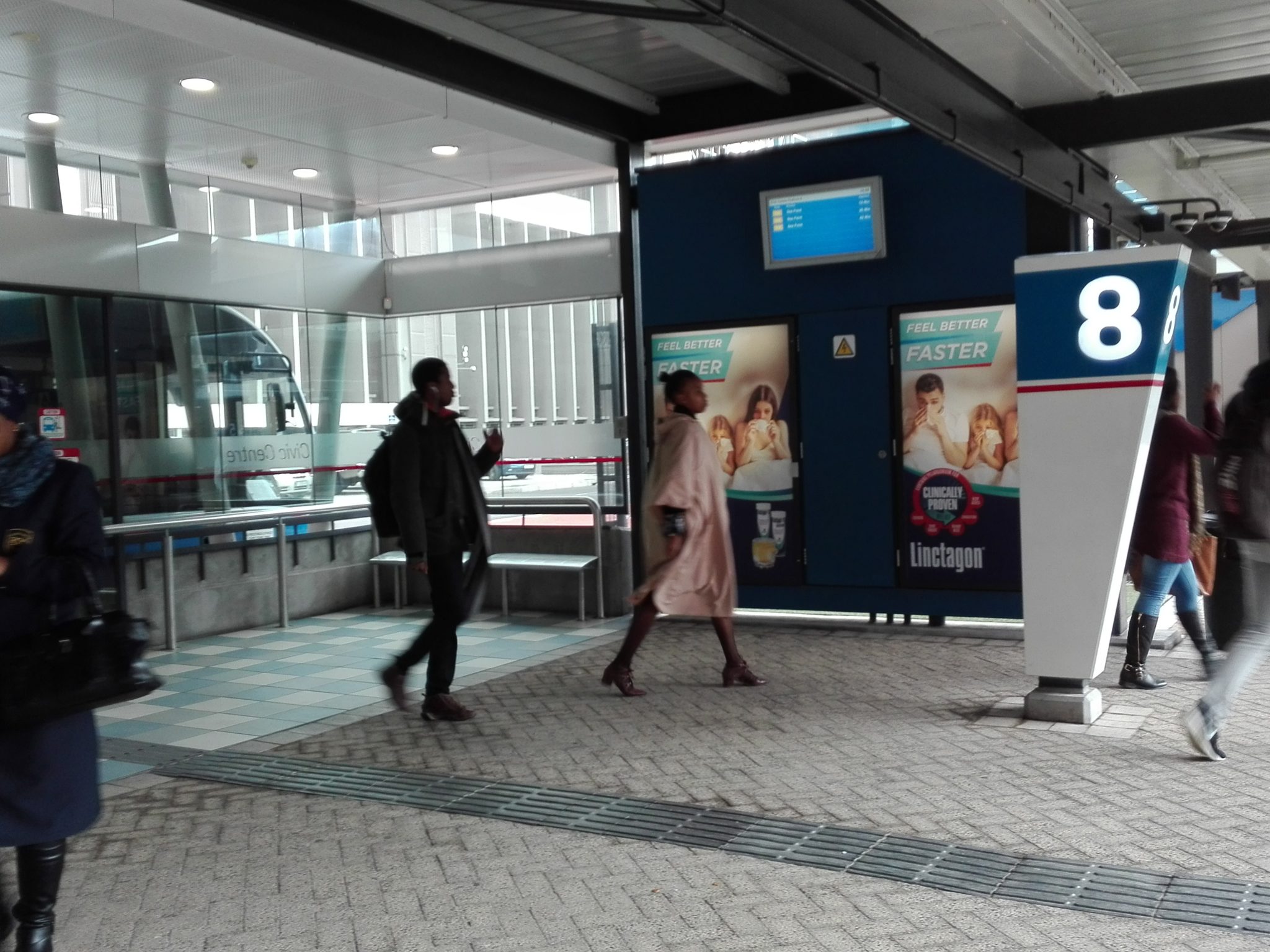 Transit Ads™ has implemented a geographically targeted campaign for Linctagon within the greater Cape Town area.

The campaign incorporates the exterior and the interior branding of MyCiTi buses travelling on specific routes; as well as the branding of lightboxes within the Civic Centre MyCiTi Bus Terminal precinct. The Linctagon branded lightboxes are situated within 4 of the total 12 routing pods within the Terminal, providing the opportunity for the brand to benefit from consumer engagement when dwell time is high.

The Civic Centre MyCiTi Bus Terminal is classified as a mega station and it bustles with activity from 06h00 till 22h00 on a daily basis.  It is the main interchange for the entire MyCiTi transport network where all routes converge into the Civic Station. More than 10 000 commuters of mixed demographics, including tourists, pass through this interchange daily.  The lightboxes are strategically situated at the entrance and exit of the pods and are thus visible to commuters both arriving and departing from various destinations in the greater Cape Town area.

The strategic campaign provides high visibility in a high population density area during the cold winter months when consumers would need the product most and when they are most likely to make a purchasing decision between Linctagon and a competitor brand.

For more information on how to give your brand visibility in Cape Town, contact Hugh Wilson on 0861 776 826 or hugh@provantage.co.za or go to www.provantage.co.za/Transit-Ads.  Follow @TransitAds_ on Twitter or Transit Ads on Linkedin.