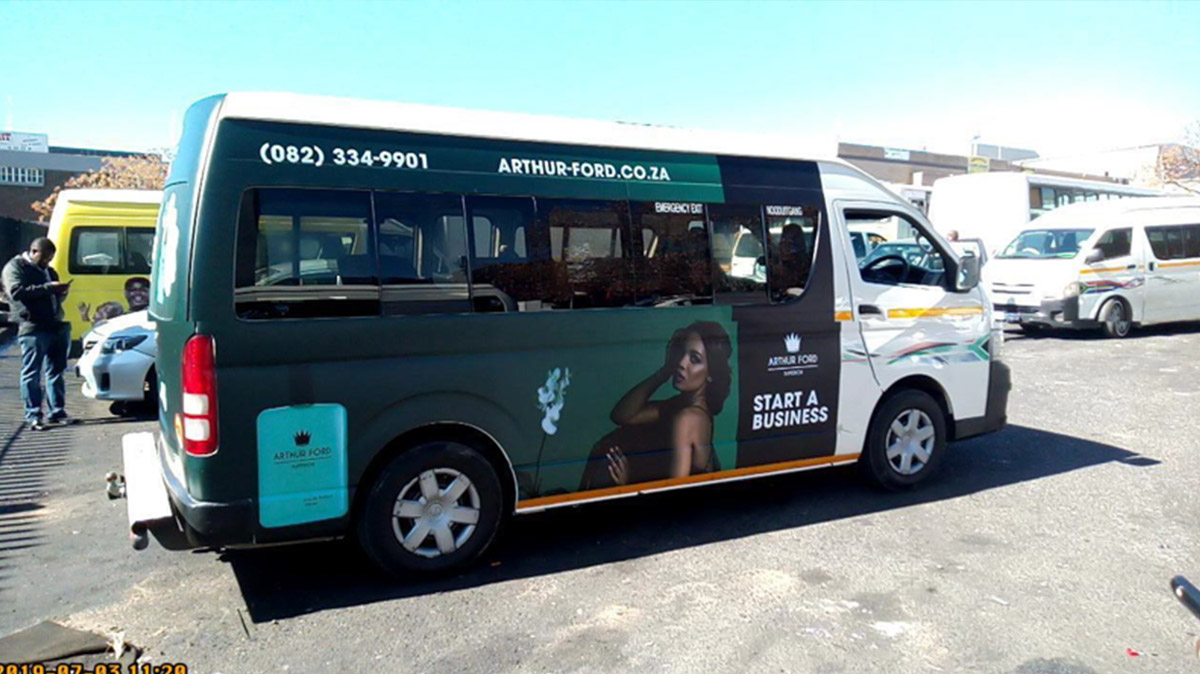 Perfume and cosmetics company Arthur Ford is spreading the word about its direct-selling business model with an extended TransitAds™ campaign.

The highly-targeted campaign kicked off in December last year with sleek full-wrap branding of 70 taxis in Gauteng, Limpopo, Mpumalanga, KwaZulu-Natal, the Western Cape and the Eastern Cape. This was followed by a further 34 taxis in the Free State and the North West Province this year (from 1 March to 31 May) and an additional two taxis in Butterworth (from 15 May to 15 November). The home and personal retailer will continue to wrap 104 taxis from 1 June to 30 November 2019.

The campaign has been further supported by national exposure on Transit.TV™.

With 70% of South Africa’s commuter base transported by taxi, Arthur Ford has targeted economically active individuals keen to find a second source of income in a weak economy, particularly those interested in working for themselves. Taxi ads reach approximately 75% of the adult population in an average week, according to PwC – even more than street poles, billboards, dustbins and buses. As such, brands are assured of a captive audience, relative mobility notwithstanding.

With Arthur Ford’s contact details prominently displayed, and the muted palette bringing the message ‘start a business’ starkly to the fore, the brand’s clear, unambiguous messaging stands out in high-density areas with a predominantly young, urban demographic.

According to Hugh Wilson, National Sales Manager at Transit Ads™, the campaign has been extended as taxi advertising is uniquely effective in conveying key brand messages. “Exterior and interior advertising offers enormous reach and frequency – the majority of commuters cannot fail to notice branded taxis, which ensures instant brand recognition,” he says. “The campaign strategically targets an emerging market already favourably disposed towards taxi advertising, increasing an affinity for the aspirational brand and its core message of self-improvement.”