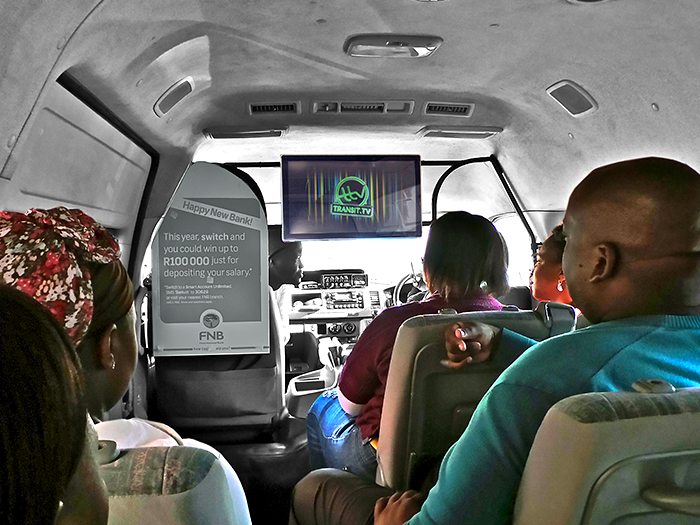 Provantage Media Group’s TRANSIT.TV™ has substantially increased its national footprint and now broadcasts to an impressive 10 million viewers each month. Whether in a taxi, at a taxi rank, at a train station or a bus station, commuters are engaging with the highly entertaining and informative digital television channel.

Over the years, TRANSIT.TV™ has established itself as a key player in the local broadcasting and out of home environment, one that simply cannot be ignored. Skhumbuzo Nkosi, Director: Media – Provantage Media Group says that “the success of TRANSIT.TV™ lies in its ability to engage viewers in a captive environment and deliver brand messaging in a way that results in high recall. It’s a powerful medium that delivers powerful ROI!”

This is an exciting chapter for TRANSIT.TV™ as the brand continues to grow its footprint with the addition of 5 new high footfall sites, providing an ideal platform for advertisers wanting to capture the economically active commuter market in South Africa.

“Since its launch, TRANSIT.TV™ has made a significant impact nationally with numerous brands, including those in the pharmaceutical, fmcg, retail and fast food arenas, taking advantage of the offering,” says Nkosi.

Provantage Media Group looks forward to yet another year of TRANSIT.TV™ success.

For more information on how to advertise on TRANSIT.TV™, contact Skhumbuzo Nkosi on 0861 776 826 or email him on sn@provantage.co.za.