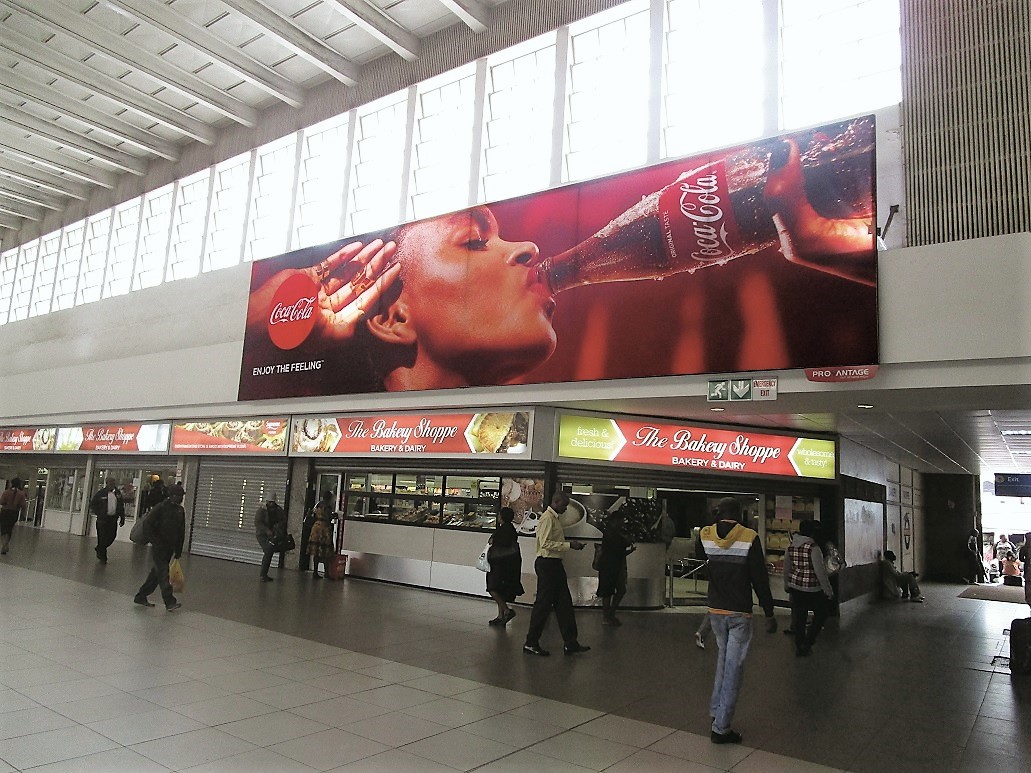 Coca Cola has taken advantage of Transit Ads’™ national dominance package across six of the country’s biggest train stations, in order to successfully engage commuters with their “Enjoy the feeling” campaign.

The Transit Ads™ dominance package provides Coca Cola with the opportunity to brand key medium and large format sites within the country’s busiest train stations, providing an all-encompassing, top of mind awareness in a captive environment that is not cluttered by other brands. Park Station, Pretoria Station, Germiston Station, Cape Town Main Station, Durban Station and Berea Station are showcasing the Coca Cola messaging on a grand scale.

Train stations have become a multiple layered space that offers convenience for the commuter as well as the pedestrian passing through. Figures show that in excess of 1,7 million passengers are transported by train on weekdays in major metropolitan areas. This is over and above consumers who enter train stations to use other services such as banking and retail. For advertisers wanting to reach this audience, the environment provides a golden opportunity – one that offers high frequency, high visibility, high dwell times and low wastage.

“Every billboard in every train station is strategically located in high visibility areas. This coupled with the fact that the size of each billboard makes the creative and the messaging unmissable, means that the advertiser enjoys high visibility, high frequency and high recall,” explains Hugh Wilson, National Sales Manager: Transit Ads™.

Transit Ads™ has exclusive media right to all 153 PRASA train stations in South Africa. For brands that need to make an impact through sheer numbers and frequency, the various Transit Ads™ PRASA Packages meet the objectives.

For more information on how http://www,twitter.com/TransitAds_Transit Ads™ can take your brand messaging to the consumer, contact Hugh Wilson on 0861 776 826 or hugh@provantage.co.za or DM @TransitAds_